Facebook is a tangle of rules and procedures for sorting information, rules devised by the corporation for the ultimate benefit of the corporation. Facebook is always surveilling users, always auditing them, using them as lab rats in its behavioural experiments. While it creates the impression that it offers choice, in truth it nudges users in the direction it deems best for them, which also happens to be the direction that gets them thoroughly addicted. Facebook is a carefully managed top-down system, not a robust public square. It mimics some of the patterns of conversation, but that’s a surface trait.

algorithm
ˈalɡərɪð(ə)m/
noun
noun: algorithm; plural noun: algorithms
Acrossing the river, Blue went into a small coffe-shop named Forest Wood and sat down at a table close to the front door. There were 4 people in the room. The owner was on vacation so the owners daughter came over with a pen and small block of paper and wanted to know what was up. Blue wanted to say something interesting but only said quetly: coffee’s’all! And looked out the window.

The precise source of Facebook’s power is algorithms. The textbooks compare them to recipes – a series of precise steps that can be followed mindlessly. This is different from equations, which have one correct result. Algorithms merely capture the process for solving a problem and say nothing about where those steps ultimately lead. First do this … then do that. The process of translation, from concept to procedure to code, is inherently reductive.

Allgorithms are constantly taking our measure. They make decisions about us and on our behalf. The problem is that when we outsource thinking to machines, we are really outsourcing thinking to the organisations that run the machines. Algorithms are, by definition, invisibilia. But we can usually sense their presence – that somewhere in the distance, we’re interacting with a machine.

It’s a terrifying trajectory, especially for those of us in these lines of work. If algorithms can replicate the process of creativity, then there’s little reason to nurture human creativity. Why bother with the tortuous, inefficient process of writing or painting if a computer can produce something seemingly as good and in a painless flash? Why nurture the overinflated market for high culture when it could be so abundant and cheap? No human endeavour has resisted automation, so why should creative endeavours be any different?

The engineering mindset has little patience for the fetishisation of words and images, for the mystique of art, for moral complexity or emotional expression. It views humans as data, components of systems, abstractions. That’s why Facebook has so few qualms about performing rampant experiments on its users. The whole effort is to make human beings predictable – to anticipate their behaviour, which makes them easier to manipulate.

With this sort of cold-blooded thinking, so divorced from the contingency and mystery of human life, it’s easy to see how long-standing values begin to seem like an annoyance – why a concept such as privacy would carry so little weight in the engineer’s calculus, why the inefficiencies of publishing and journalism seem so imminently disruptable.

A: Blue. Listen to me! I know that you believe you understand what you think I said, but I am not sure you realize, Blue that what you heard is not what I meant?

B: I hear you, Virginia! Loud and clear. I’m so happy I happen to know absolutely nothing what so ever about what your speech-acts-memes are telling me right now! Refused classification.

A: Grow up, Blue. You should try it someday.

B: Best wishes, Mia. All good memes for you. 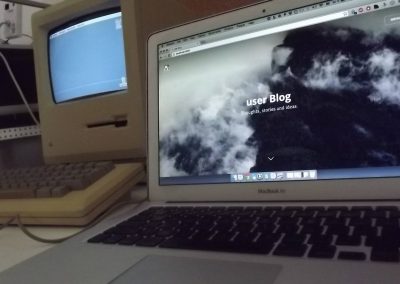